You will have been directed here if I have recommended that you, or your child have an operation. Should you have any further questions regarding this procedure please contact my secretary (Bev) to discuss these concerns. If Bev is unable to answer you adequately she will notify me.

Read below for specific information on pre and post operative care from 2 weeks prior to surgery to going home. 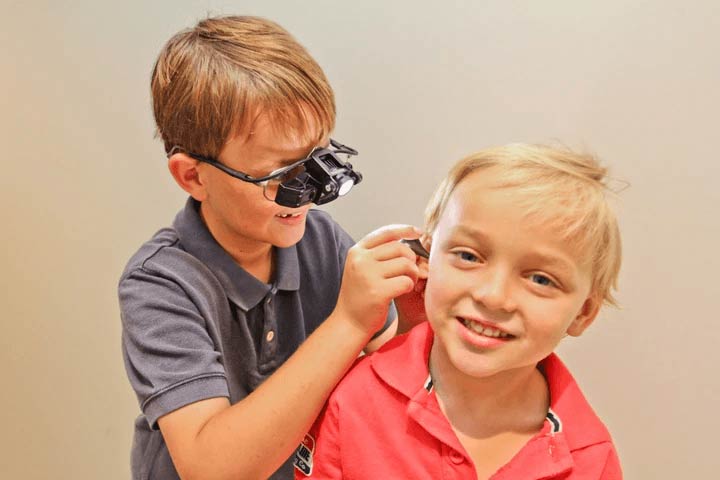 New patients are asked to complete a Patient Information form. You can do this online or when you arrive at the practice.

One Week prior to surgery

My office will be in contact with you to advise the time you need to arrive at the hospital.

My office will be in contact with you to advise the time you need to fast from. Fasting means no food and no water unless directed otherwise.

You should continue to take regular prescribed medications at the usual time with a small amount of water. Please advise the anaesthetist of this. The anaesthetist will visit you on the day of your surgery.

Medications Prior to Surgery

Medications and natural medicines to avoid prior to surgery.

Avoid eating these in your food.

Safe medications prior to surgery

If you have pain or a headache prior to surgery, it is SAFE to take:

Please bring the following with you on the day:

Day case patients generally need to stay for a few hours after surgery. You must be accompanied home by a friend or relative.

You must not drive a car, operate machinery or make important financial decisions for at least 24 hours after your surgery. You should arrange for a responsible friend or relative to help care for you and your family after surgery.

For more information, please don’t hesitate to contact the office

Pain is the main problems following Tonsillectomy. The wound at the Tonsillectomy site is usually left open and this wound fills with bacteria and slough, which causes pain and inflammation.

It takes several days for the bacteria to multiply and the inflammation to occur hence the pain following Tonsillectomy is usually the worse on the 4th and 5th day following the surgery. It is important to have good pain relief prior to this peak and this is achieved with a combination of Paracetamol or Codeine/Oxycodone or the two drugs in combination.

These medications should be prescribed on discharge and usually required every four hours except when sleeping. Children can use Painstop, available over the counter at your chemist, but this drug should not be used with Paracetamol or Codeine/Oxycodone as it contains both of these medications and there is a risk of over dosage.

I avoid Aspirin and anti-inflammatory medicines during the post-operative period, as this can be the cause of nuisance, anxiety-provoking bleeding.

Severe pain not controlled with Paracetamol and Codeine/Oxycodone may require further measures. Your general practitioner or myself should be contacted in this case for a combination of Penicillin, oral steroid, hydrogen peroxide gargles or a local anaesthetic gel (Xylocaine viscus). These measures should improve tolerance of normal diet.

Although the operative site is small, Tonsillectomy can make you feel lethargic and generally unwell. Any significant physical activity is usually poorly tolerated. I usually recommend ten days off work or school to allow enough time to recover. Excessive physical activity with an increase in blood pressure and pulse rate may lead to bleeding from the tonsillar fossae.

The open wound at the site of Tonsillectomy fills with bacteria and slough leading to pain and inflammation. It is important to eat a normal diet with rough type foods to debride or remove the slough from the healing wound site.

Generally those presenting with post-operative bleeding have not been eating adequately. It is essential to have adequate fluid intake especially in younger children where dehydration can occur.
Complications

You should be well informed of the potential complications following Tonsillectomy by reading
The Royal Australasian College of Surgeons pamphlet provided. The main concern is bleeding
from the mouth and if this occurs you should contact myself or present to your nearest hospital
via ambulance if required.

You may need to return to the operating theatre to have the bleeding stopped. Ear pain is not uncommon after Tonsillectomy and is the result of referred pain from the tonsillar fossae and usually does not indicate an abnormality in the ear. Bad breath is common and is due to the build up of bacteria and slough in the tonsillar fossae. This will be less with a normal diet, which debrides theslough.

You should have received an appointment card following your surgery for your post-operative
appointment.

If your only surgery is Tonsillectomy follow-up is usually at four weeks following the
operation unless there are problems in the interim. It may be necessary to be seen earlier if
another procedure has occurred in conjunction with your Tonsillectomy.

Some companies have several practices throughout Brisbane. Please phone, or visit their websites for more information on locations or to make a booking.

Let us know your requirements and we will get back to you as soon as possible.